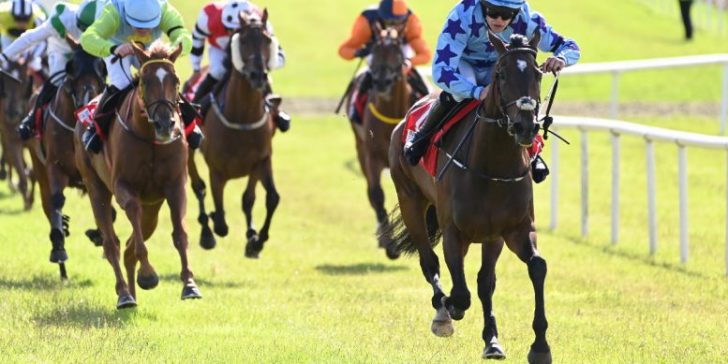 A field of 23 were declared for the Galway Hurdle with Adamantly Chosen, one of four Willie Mullins-trained horses in the field, heading the market in what looks a fiercely competitive renewal of the showpiece event.

Gordon Elliott is six-handed as he seeks a first win in the race. Party Central is a rapidly improving mare that won four of her six starts last season. A mark of 142 leaves her just 2lb off the top-weights, but with more improvement possible, she could still be ahead of the handicapper.

My Mate Mozzie competed at a high-level last season. Having been narrowly beaten in the Baroneracing.com Royal Bond, connections opted to pitch him into handicap company at Cheltenham. A finishing position of eighth in the Coral Cup was a creditable effort, and while he’s failed to win on the flat of late, his form last season leaves him with a big chance.

Barney O’Hare, Chief Executive of Bar One Racing commented: “We’d like to wish the connections of Anna Bunina the very best as she chases the Bar One Racing Bonus. The Galway Festival is one the busiest weeks of the year for our business, and we’ve seen strong turnover across our on-line platforms so far. We look forward to the remainder of the week, and hope our online and shop customers as well as those attending Ballybrit enjoy their week to the fullest.